The Two Sides of MACRA: Examining the Pros and Cons 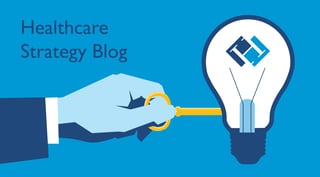 The shock and awe of the April release of the 962-page Notice of Proposed Rulemaking (NPRM) for the Medicare Access and CHIP Reauthorization Act (MACRA) has started to wear off as the healthcare industry continues to dig into the details. Slogging through the NPRM is an intimidating but necessary chore as healthcare organizations try to determine how it affects them.

MACRA represents change – significant change – in the way Medicare providers conduct business so it’s not surprising that much of the feedback has been negative. People dislike and fear change regardless of the reasons for it or the potential positive outcomes. Adding to the resistance is the fact that in recent years, changes in the healthcare industry have been aimed at providers like water from a fire hose and “change fatigue” is starting to set in. Lastly, providers know that most governmental changes to reimbursement have meant fewer collections for their practice. At best, they have been trained to hope that these types of changes are revenue neutral.

Despite the negative reviews, MACRA and the NPRM that puts it into action is not all bad. In fact there are several positives to be taken from the new law. Here is a look at the major pros and cons of MACRA.

To be fair, most observers feel there is more bad than good to the NPRM so let’s begin there.

This point is hard to argue for anyone who has attempted to wade through the nearly thousand-page document. No one disputes that healthcare in the 21st century is a complex business, but the NPRM takes complexity to another level with page after page of “bureaucratese” and minute details. For example, it takes three pages to define the 55 acronyms sprinkled throughout the document.

It’s simply not reasonable to expect any ordinary provider to dissect and understand the entire NPRM. The American Medical Association is urging the Centers for Medicare and Medicaid Services (CMS) to “step back and reconsider the approach to this proposed rule which we view as overly complex and burdensome.”[1]

In response to the industry pushback, the CMS is considering releasing an interim final rule in the fall to allow for additional feedback.

Tying in with the above is the objection that attempting to implement the new requirements in January 2017 – eight months after the release of the NPRM and potential one to two months following the final rule – is simply not reasonable. The Medical Group Management Association (MGMA) told CMS in a June 24 letter that the Merit-Based Incentive Payment Systems (MIPS) “doesn’t allow enough time for physicians, practices, and trading partners to prepare for the proposed changes in workflow, investments, and system requirements.” Although the group agrees with the overall intent of the law, they stated, “there is not enough time to accomplish the goals.”[2]

Highlighting the fact that the timeline is too tight is the fact that half of 600 physicians participating in a recent survey have never even heard of MACRA. A research center recently conducted a study that stressed that doctors unaware of the upcoming changes in the Medicare payment system will “have a lot of work to do over the next five months.”[3]

The CMS may be coming around on the timeline. Acting CMS Director Andy Slavitt, testifying before a Senate committee on Finance on July 13, said the agency had received nearly 4,000 comments on the NPRM, many of them relating to the implementation timeline. Slavitt told the committee the CMS was considering a delay in the start of MACRA.[4]

According to data provided in the NPRM, the new regulations are expected to have the most negative impact on the more than 100,000 small physician practices in the country.

The financial impact will likely encourage the assimilation or purchase of smaller practices by larger organizations. Merger and acquisition activity is likely to increase dramatically as the new regulation takes hold.

Despite the negative vibes swirling around MACRA, most agree that the intent of the law – better quality outcomes at reduced costs – is worthwhile. It’s the mechanism for getting there that’s raising objections. Here are three important benefits that MACRA provides for the healthcare industry.

Most everyone agrees that Sustainable Growth Rate (SGR) - the payment formula for Medicare physicians that MACRA replaces – was a flawed, dysfunctional reimbursement payment method that left the Medicare program unstable and jeopardized access to care.

By passing the MACRA law, congress prevented a 21 percent payment cut for services provided to Medicare recipients and helps ensure availability of doctors who are willing to accept Medicare payments. Congress passed SGR in 1997 as a way to control rising Medicare costs. The law pegged Medicare doctor payments to an economic growth target – SGR. By 2002 however, costs were rising faster than the SGR and doctors were faced with a nearly 5% pay cut. Medicare physicians have faced a cut every year since causing many of them consider opting out of the Medicare program.

MACRA also extends funding for the Children’s Health Insurance Program (CHIP), a program created in 1997 that provides coverage for children of low and moderate-income families with incomes too high to qualify for Medicaid.[5]

MACRA continues the shift from a fee-for-service payment model to value-based care reimbursement. Whether they choose to participate in an Accountable Care Organization (ACO) or head down the MIPS path, providers have the same mandate: improve patient care. Two of the four MIPS categories, accounting for 65 percent of the composite score that will determine bonuses and penalties, focuses on improving care and achieving enhanced patient outcomes.

Quality makes up 50 percent of the score and mandates reporting on key designated clinical measures tied to outcomes and population health. Clinical Practice Improvement Activities (CPIA) stresses the use of a patient-centered approach to program development that leads to better, smarter, and healthier care. It makes up 15% of the score and is based on improvement in nine categories including care coordination, patient safety and practice assessment, and population management.

Both the quality and CPIA categories require extensive reporting, the source of discontent for many physicians. However metrics tend to drive action so being held accountable for these improvement measures is essential.

It’s clear that achieving the goal of improved, affordable healthcare relies on increased use of technology. Gathering, analyzing, and sharing key patient data is critical to improving patient outcomes and lowering overall costs.

One of the most significant obstacles to the use of technology is lack of interoperability – systems simply don’t talk to each other well. The MIPS Advancing Care Information (ACI) category aims to change that by continuing to support the foundational objectives of the HITECH Act and Meaningful Use, and to encourage continued progress on key issues such as health information exchange (HIE) and patient engagement. The goal is to focus less on a checklist of  “to-do’s” and more on a fundamental shift in the use of healthcare data.

Increased use of technology means more available data and so patient data security is a key component of ACI. The Protecting Patient Health Information requirement requires a yes or no response, and if an organization can’t answer yes, they get ZERO points for the entire ACI category, regardless of how well they meet other measures.

ACI, which accounts for 25 percent of the overall score, incorporates many of the EHR incentive elements and effectively replaces Meaningful Use.

Undoubtedly, there are flaws in MACRA and its overly aggressive timeline is probably untenable, but there are positives in the law. The goal must be for the government and healthcare industry to work together to find a way to achieve the goals of MACRA without unduly stressing the providers and their day-to-day operations.

For more information on MACRA, feel free to download our white paper, MACRA Prep: Timeline, Decisions and Planning: What You Need to Know. 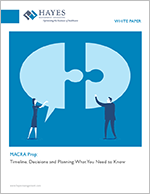 [1] Docs to CMS: MACRA is too complex and should be delayed, by Gregory Twachtman, Family Practice News, July 9, 2016.

[3] Survey finds half of physicians have never heard of MACRA, by Joanne Finnegan, FierceHealthcare, July 14, 2016.